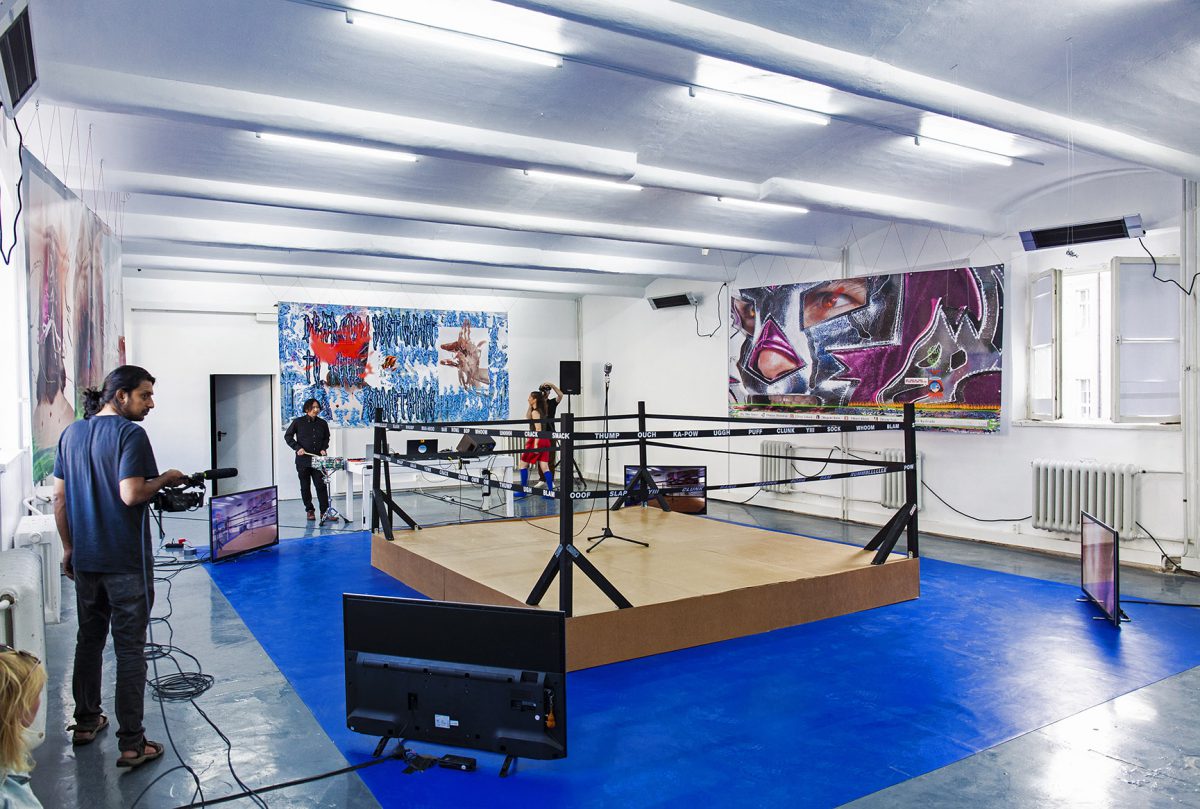 Falling Upwards was a series of performances and an exhibition dedicated to wrestling and how the staged violence—in and outside of the ring—can influence the crowd.

The DIY-style wrestling ring I build was used as a stage. The ring-ropes were made out of seat belts and included heat-pressed, onomatopoeic words taken from a comic book library of sound-effects, which are meant to help the reader imagine the sounds of violence or suffering. How far is the spectacle allowed to go to achieve a full suspension of disbelieve?

I intended the stage as well as dramatic tv-show alike set-up (consisting of microphone, two live cameras and screens) as a space for guest performances as well as space open to public for spontaneous confrontations or confessions.

Lagoon Parliament’s second production shines a spotlight on the very extremes of physicality. Falling Upwards is inspired by contact sports where a fallen body is a defeated body, where sweat and hormones drip from duelling muscles, confrontation seeks cathartic heat and rituals of friction cause fictional injuries that penetrate human flesh.

The gallery space is an arena housing a central ring, mesh banners suspended from the ceiling lead to the circular platform – site of performance and participatory games. An installation containing a leaked WrestleMania narrative hangs above the contestants’ heads.

A console adjacent to the ring invites viewers to battle each other as Trump v. News channel in an 8 bit video game. Lining the main gallery space on either side are large digital collages mounted on metal frames which address meme wars waged between the Alt-Right and the Left where internet “freedom fighters” clash over causes of “Anomie” – a feeling of alienation and widespread loss of meaning.

A series of video works explores the symbolic status and societal roles of one-on-one combat as spectacle. A separate room at the back of the main space is darkened and insulated, it is a cavity that draws visitors into the folds and sounds of the inner body where show and artifice are stripped away to reveal the soft, hidden face under the mask. 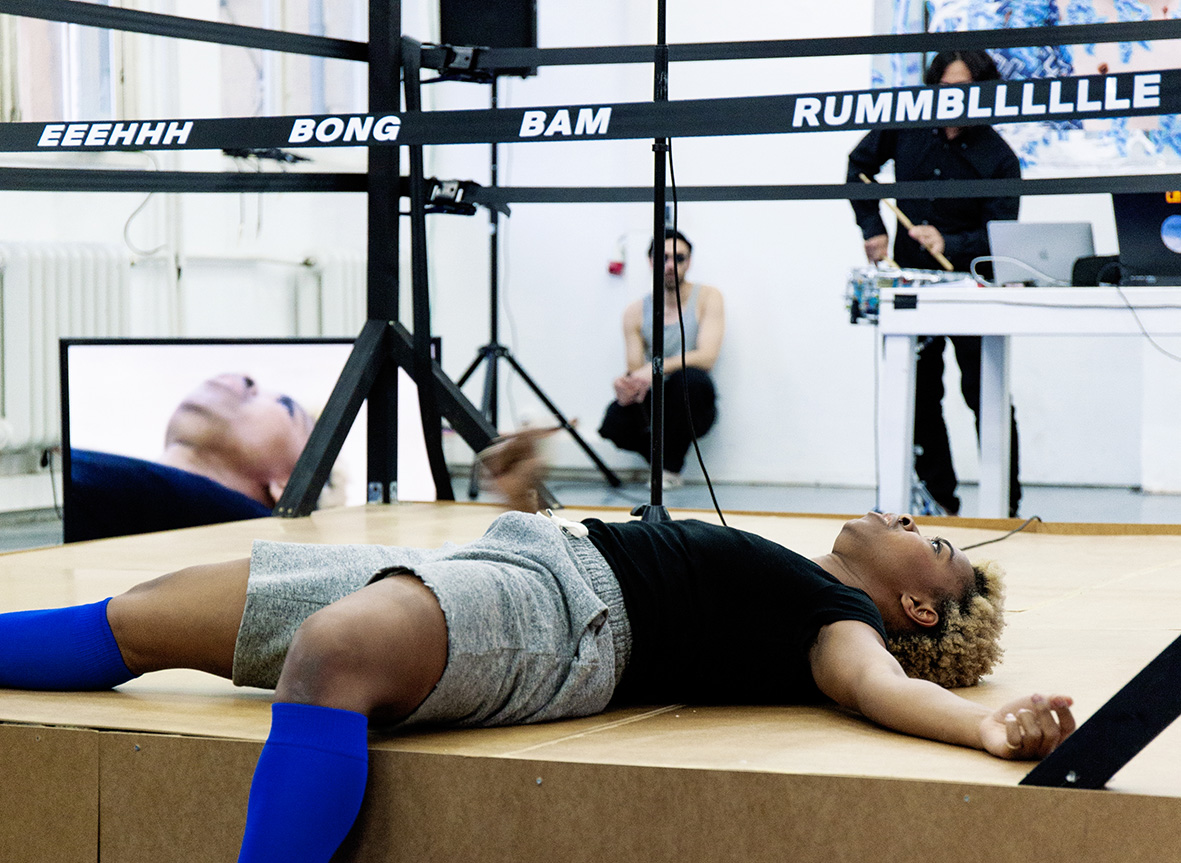 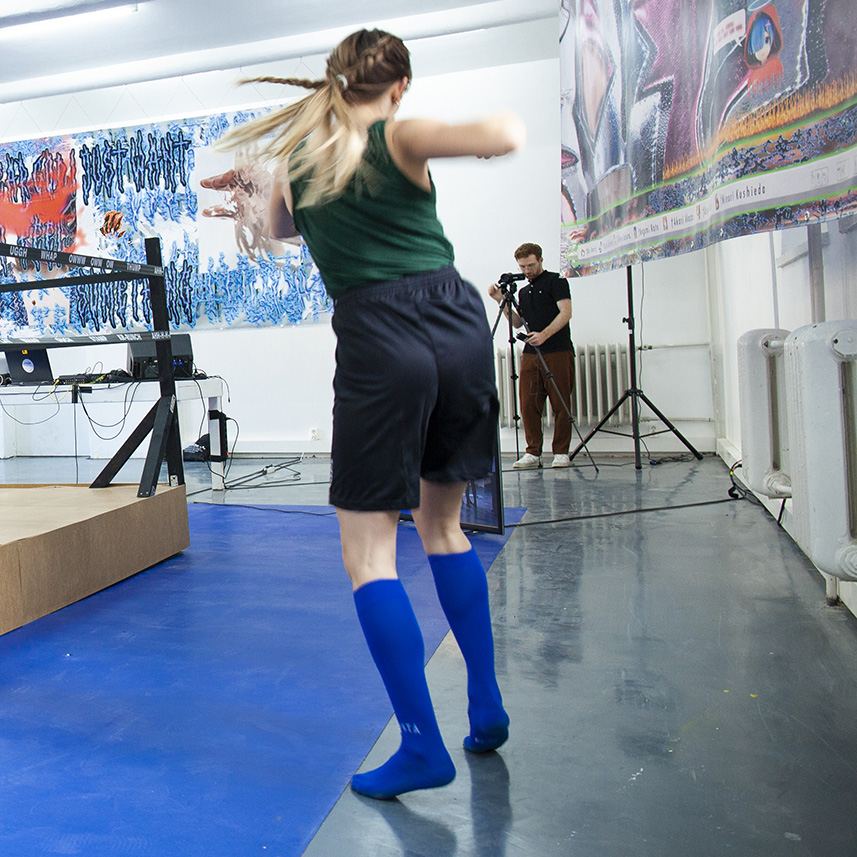 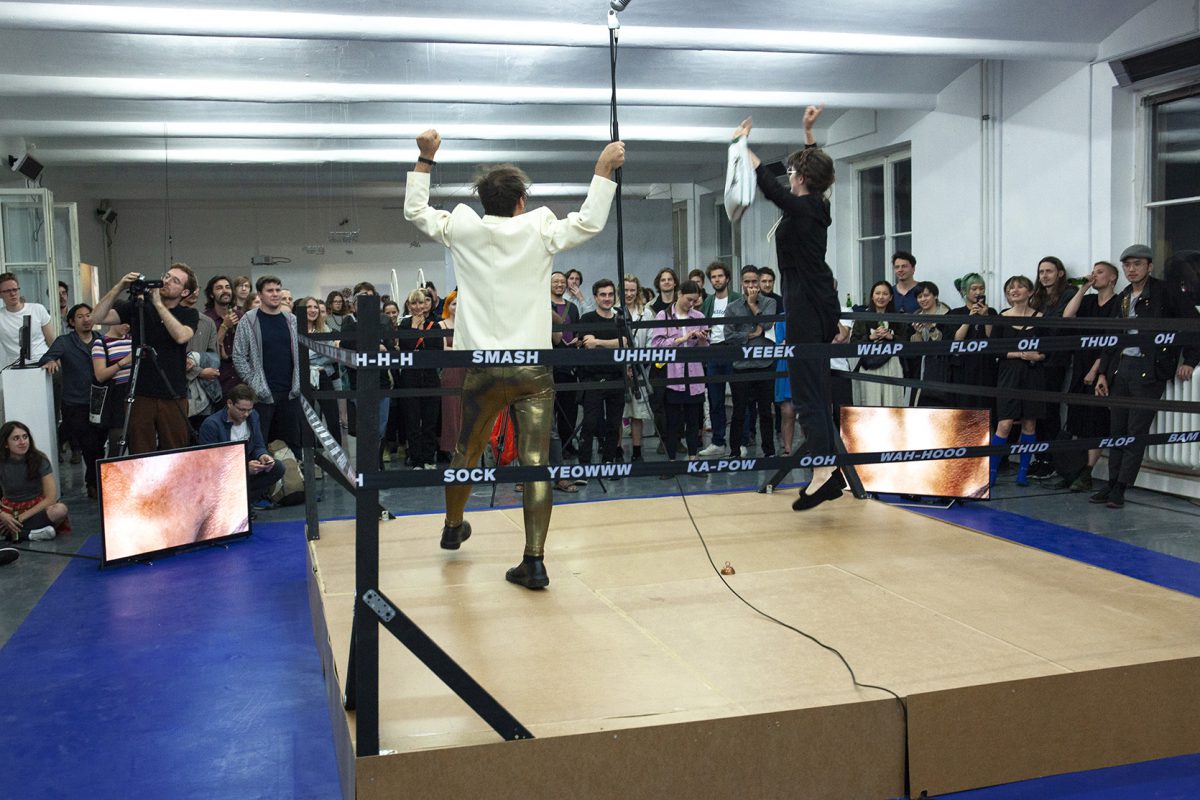 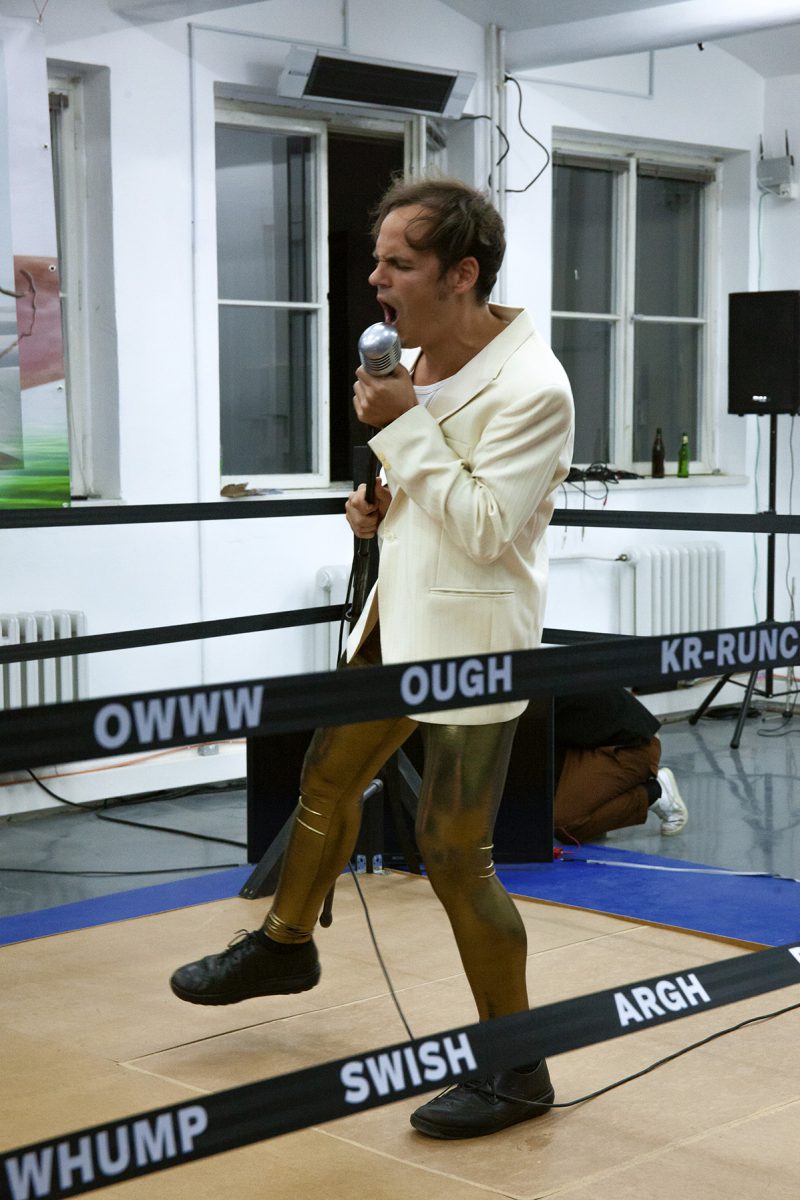 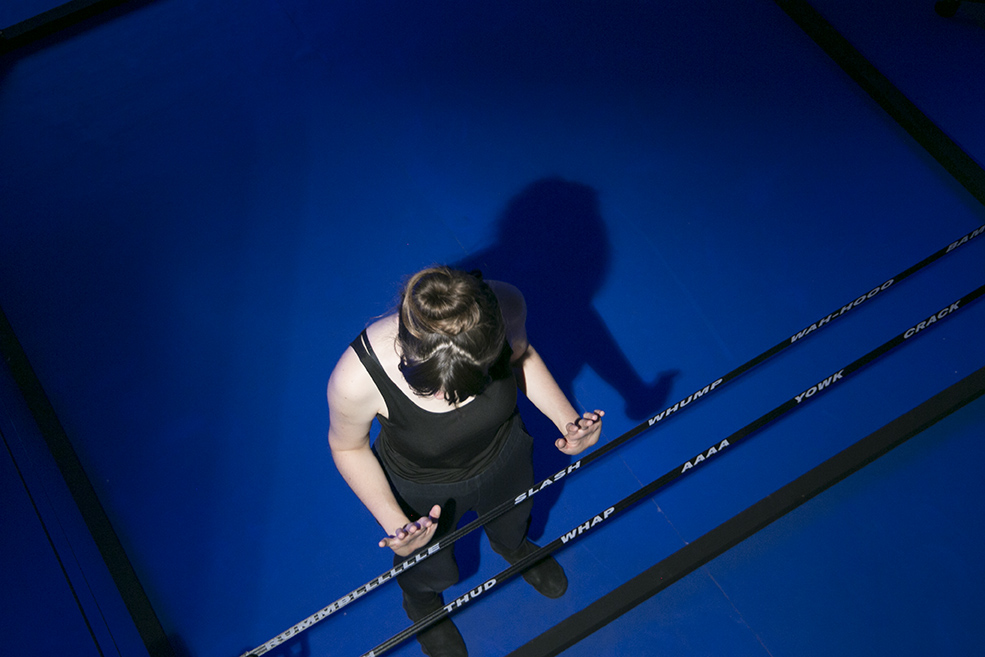 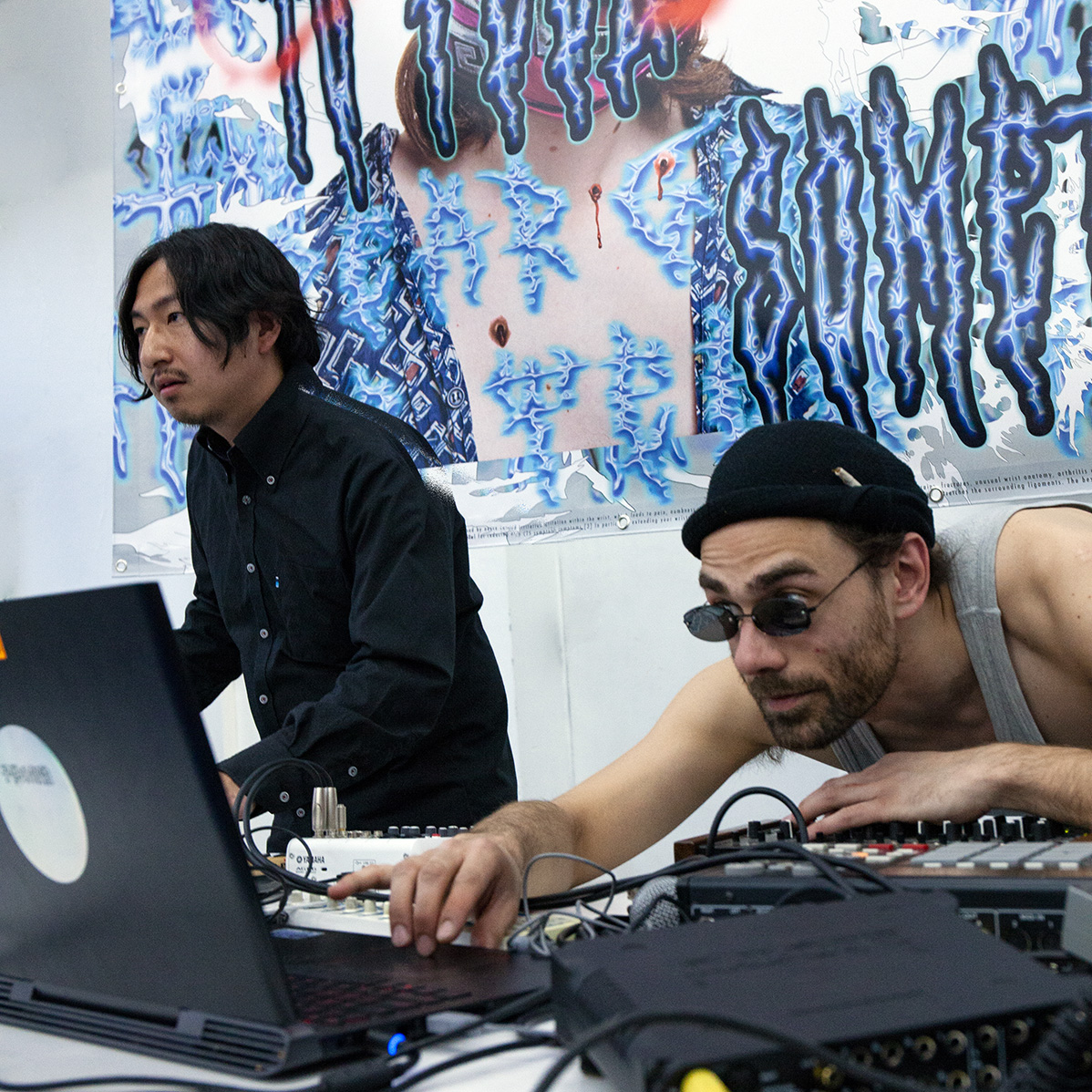